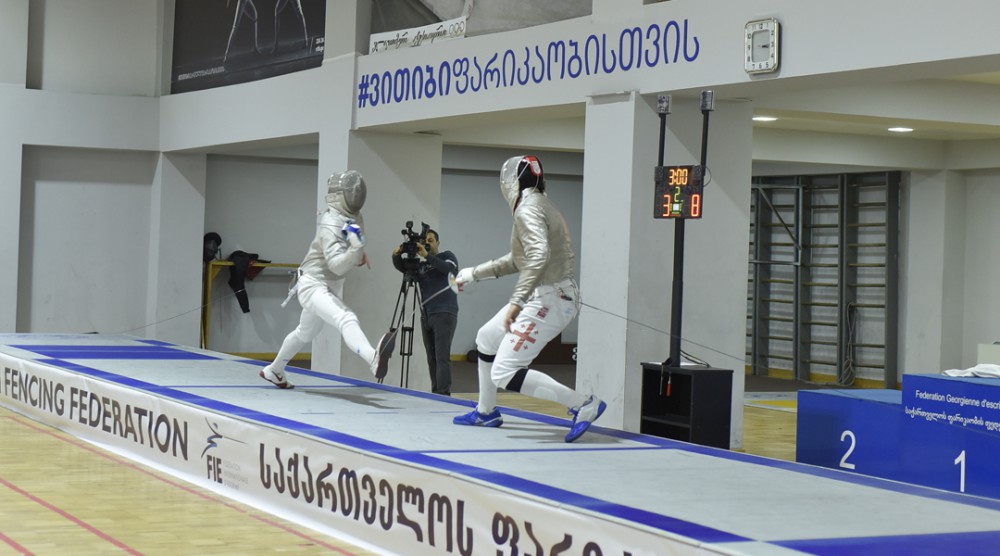 On April 19-21 in Tbilisi, in the fencing hall of the Olympic champion Nugzar Asatiani, the Georgian Championship was held.

On the first day of the saber fencing competition, champions and prize-winners were identified. Of the women, Teodora Kakhiani and Mariam Tsukhishvili were absent, the 2017 European champion is training in the USA, and Tsukhishvili missed the championship due to health problems. Teona Goglidze was unable to continue the competition due to an injury received at the start of the competition; the multiple champion of Georgia on the foil performed for the first time on sabers.

As a result, the leader of the national team Lika Jijeishvili became the champion among women, defeating Anna Aprasidze in the final. Third places were taken by Tako Charkviani and 14-year-old Lizi Batsiashvili.

Among the boys, Beka Bazadze, Saba Sulamanidze and Nika Shengelia did not perform due to injuries. The first place was traditionally taken by Sandro Bazadze, this time defeating Goga Kakauridze in the final. Vazha Rechia and Mikhail Mardaleishvili won bronze medals.

On the second day of the women's championship, a member of the Georgian national team in the epee Maria Zakirchenko unexpectedly won in the foil, while Liza Lkhinadze, Elena Borchkhadze and Mariam Tugushi took prize places.

Luka Gaganidze did not give up the championship for the sixth time, beat Archil Ugulava in the final, Lasha Galuashvili and Irakli Mikeladze took third places. Nikoloz Andriadze, 76, who is the oldest competitor in the history of national championships, has stepped onto the foil fencing track and it is difficult to imagine anyone older than him in any country in the world championship.

On the final day of the championship, the best in epee came to light, Maria Zakirchenko became the champion among women, the day before she also won a gold medal in foil and performed an unusual double. Mariam Zoidze, Eva Akhamiani and Natia Machavariani won prize places among women